CALL NOW FOR THE BEST PRICE IN LOS ANGELES​​​

WE WILL BEAT ANY COMPETITORS PRICE 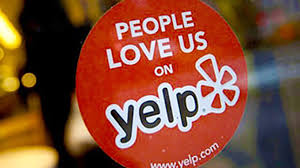 An iPhone is considered a social symbol now a day. It is evident that no one would like to lose their device for a single day due to communication habits on social media. So, if you think that you have have broken you iPhone and needs the fast and robust services, you will strongly need the LA iPhone Repair services. For this purpose, you will need to carry out a simple research online so that you may find the best center. After searching on Yelp, you will find that the LA iPhone Repair and Unlock Center has been reviewed and marked as one of the best places which provide the cost effective and robust phone repair services. Yelp is a website that provides the medium to consumers where they can put their feeling regarding the specific product or services and ensures that other people might get the benefit from these reviews and save their devices by bringing them to life. It is mandatory for you that you should be the owner of iPhone.

Yelp is one of the top platforms that provide services to its users for reviewing the products or services and portray their thoughts and feelings regarding a company and organization. Individuals interact with the companies, note each and every tiny detail and exclaim their thoughts about the processes they had undergone. Similar is the case with the LA iPhone Repair services. After searching on Yelp, you will find the iPhone repair and unlock service center and you will also be able to read the thoughts and comments left by the consumers. It would give you the sense of trust and satisfaction that there are more than 800 individuals who have used their services and posted their positive thoughts about the repairing procedure. All of those people were suffering different kinds of iPhone problems that were resolved by the company in short time. Furthermore, they were also gifted with the worthy accessories for the beloved iDevices.

According to a brochure provided by the company, there were a limited number of LA iPhone Repair services. But, after reading the reviews and comments left by the previous customers, you will note that the LA iPhone Repair and Unlock Center is much evolved with the passage of time and developed its expertise due to its versatile management. You may also find some of the bad reviews on Yelp and if you read them carefully you will understand that their matter was not even mentioned in the services provided by the company, but they still managed to try to give their best. The company did it for the sake of their customers but received a bad review in exchange. The company provides the replacement of cracked lens, broken screen, broken buttons, charging port, water damage, and unlocking along with the jail breaking services. Apart from these services, the company also fixes the microphones, earpieces, replaces the battery if damaged and tries to restore the phone after water damage.

Yelp platform does not assess the performance of a company itself. The performance monitored and assessed by the users and individuals who interact with the company listed on yelp. There are several companies listed for LA iPhone Repair services, but most of the people on Yelp have marked the LA iPhone Repair and Unlock Center as best. People who have ordered the repairing services from the company have gone to the Yelp website and voted for the best company of the year. Customers are so much satisfied that they denied the low feedback from the customers who are not satisfied just because they had the issues which were unsolvable, but still the company has given it a try to sort it out. Furthermore, customers not only praised the robust services but they also talked about the professionalism found in the crew members while dealing with them. Most of the customers were mesmerized with the fast delivery of work within the time of 10 to 15 minutes for the screen replacements.

If you are amongst the people who are finding the cost effective repairing solution for the iPhone, you will find the iPhone Repair and Unlock Center at Yelp reviewed by the customers marked for low-cost service providers. Many customers have proclaimed that they perceived the cost of repairing too much high, but after getting a quote from this company, they were amazed as it was the perfect price for the repair and they got their device within very little time. They further added that the company used the high-quality material for repair along with the professional tools and expertise. It was very difficult for most of the customers to believe that the company is about to provide the cheap but long lasting repairing services for the iPhone. People were happy after getting their iPhone repaired and even posted the images of their iPhones in their extraordinary reviews on Yelp. The cost effectiveness makes the company more reliable and trustworthy for the new customers around the Los Angeles.

Why Choose this Company?

There exist a majority of individuals who remain in the dilemma to select a firm or company to get their iPhone repaired. There arises a question that why a customer should go for the company to get the services for the iDevices. The company has been marked top company in the area that is providing versatile iPhone repairing, unlocking and jail breaking solutions to its consumers. Furthermore, the company is providing the services at low costs so that a customer with low budget can easily afford the repairing services. The company also solves the complex issues such as repairing the water damage, replacement of ICs, and Jail breaking along with other extra services which are not even listed by the company. It is strongly recommended that even if you are observing issue that is not resolved by the other repairing company, you should go for this company to get a quote with the delivery time.